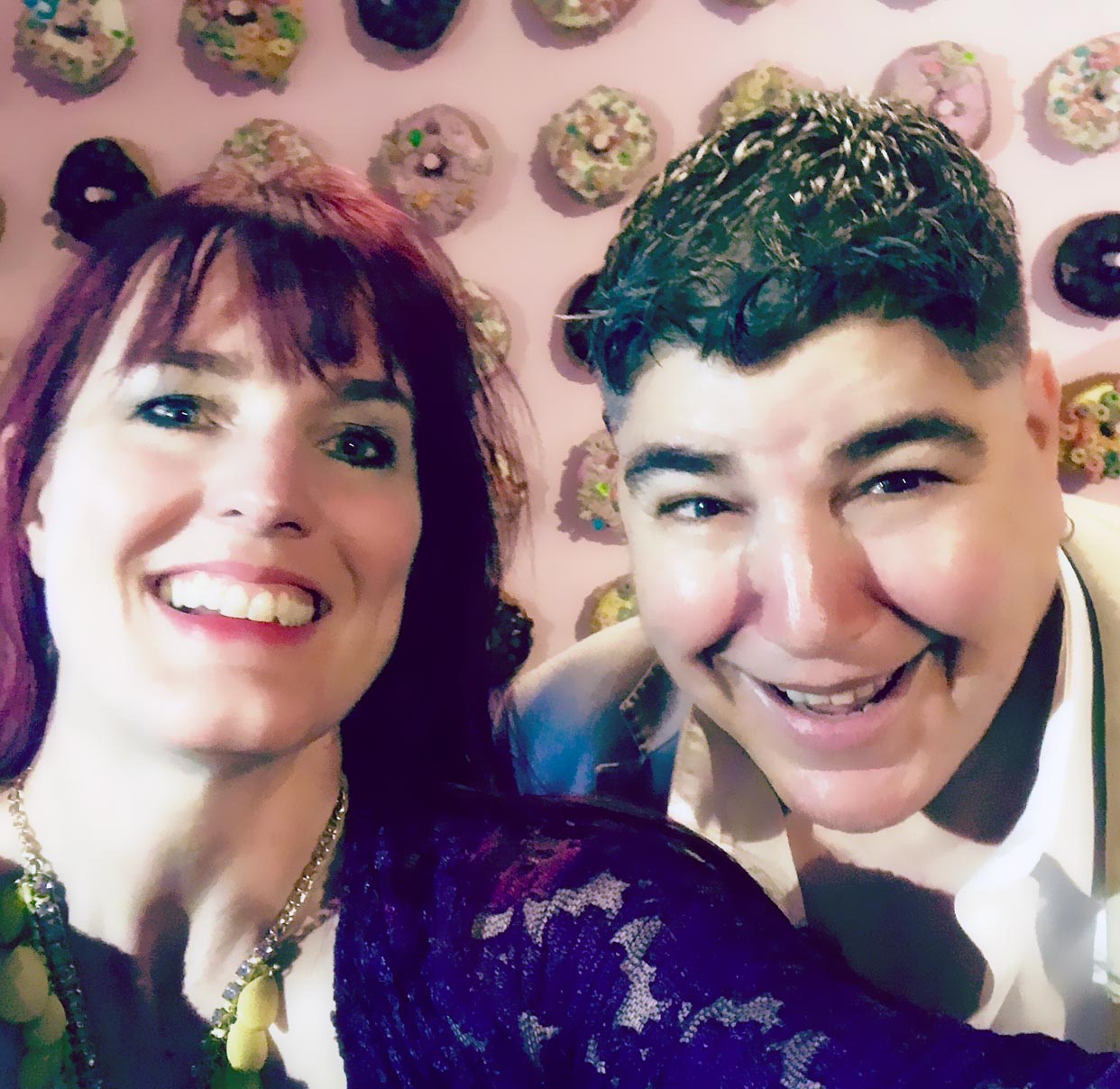 Joan Spitler and Leigh Grode began their business, “Cake Divas”, in 1998 out of their mutual love for baked goods and a philosophy of sharing joy through food. In 2013, they changed their name to “Joanie & Leigh’s Cakes” due to a trademark issue.  The tradition of fabulous, divalicious cakes continues under the new name.   “Joanie and Leigh’s Cakes” are known for their original wedding cake designs, over the top artwork, and one-of-a-kind desserts. They have been featured extensively in press, television and film.  Their work has appeared in magazines including  “The Hollywood Reporter, “InStyle”, “People”, “Martha Stewart Weddings”, “TIME” and “Vogue”.  Many television appearances include “Martha Stewart Living”, ”, Preston Bailey’s “Mr. Fabulous”, the first season of WE TV’s “Amazing Wedding Cakes” and “Platinum Weddings”, The Lazy Environmentalist (Sundance), and InStyle Celebrity Weddings” (CBS).  They are regular guests on television and the web showcasing dessert trends and ideas. Joanie and Leigh work with top celebrities, party planners, and style aficionados to create some of the most memorable events.  Joan and Leigh worked with Diane Keaton as her baking coaches for the movie “Because I Said So”. They worked on the Tim Burton film “Alice in Wonderland”, creating the iconic ‘EAT ME’ cake and other Mad Hatter tea party delights.  Their creations have been featured in many films, including “Bridesmaids”, and regularly on a multitude of television shows.